He arrives in the United States as a teenager and his family settles in Miami, Florida.

He started working as a Final Electronic Inspector in Cordis, a company dedicated to the development, manufacture and diagnosis of both conventional and nuclear pacemakers for patients suffering from coronary heart disease.

Two years later he started working for the commercial video games industry developing advanced technologies that allowed him to scale and inaugurate his own company Sun Enterprises in mid-1987. 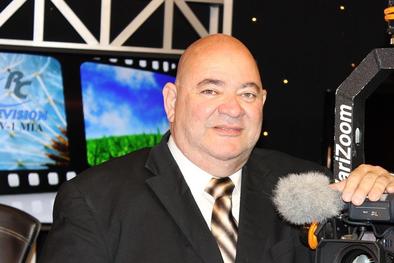 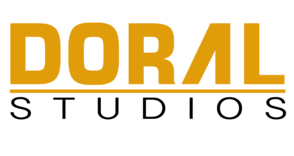 Parallel to this activity and due to his restless spirit, he began at Miami College to study Radio and Television, culminating later in the University of Florida.

In 1998, he founded the television programmer Mundo Turístico Internacional, which later evolved into a local broadcast channel called Colombia International Television, Inc. with programming of all kinds.

He has won awards and recognitions, such as: Premio Colombia and a Proclamation by Miami Dade County for the international promotion and promotion of television programs.

Since 2000, despite its great television success in the entertainment genre, its activity began to take a turn and in February 2000 it created the company RC Television Productions, Inc., a producer dedicated to research and news coverage of impact (Breaking News) for various channels. Under his direction, the team of professionals provides information and visual services to the main networks of the country and local channels. His passion, dedication and information veracity led him to make a difference, turning him and his team into the main visual media for television news programs 4, 7 and 23, Deco Drive, CNN, Primer Impacto, Univision news, Telemundo, among others, and become one of the main information source companies.

In 2002, he was highlighted by the Argentine community as Entrepreneur of the Year in South Florida. In 2004 he receives a recogn

special foundation of Riaño Producciones for its program Mundo Turístico. In 2005 he created Doral Studios, Inc. where he currently develops productions of various television programs, pilot and commercial programs with a direct focus for the national and international market, unifies both companies and his productions achieve great successes that went around the world , making him a direct response commercial guru.

In 2012 he received one of the most important recognitions of the MOXIE Awards industry, the Best Short Form, U.S. Hispanic for the production of the commercial "Clave al Inglés" with Oscar de la Hoya.

In 2014 develops www.rctelevision.com, a platform of Network Digital with a new concept of television and radio, grouping in the same iTelevision ("Closer to you") and iRadio.Club ("The radio that is seen" ) and projecting them as an open window to a promising future.

In February 2016, she received recognition from the Latinos Fama Awards for her extensive career in the media.

The tireless spirit of this great producer, director and entrepreneur of South Florida takes him to be always innovating and at the forefront of the environment, seeking and offering answers to the growing needs of an increasingly communicating world.